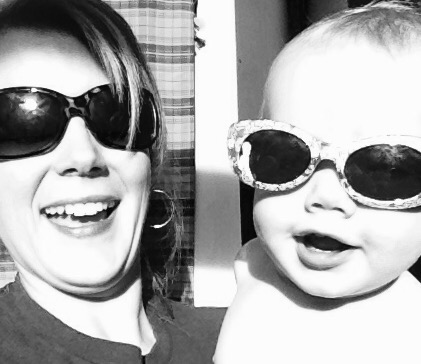 You and your brothers have made me a Mother. You are the reasons that people wish me a happy Mother’s Day. And it IS happy, it’s the best thing in my life, but it still breaks my heart. How I long to place your homemade card on the mantle, and accept the dandelion bouquet from your chubby fist, to have you run to me and wrap your arms around my neck; and, because you couldn’t know any better, tell me I’m the best Mommy in the world.

Grief alters us. An idea we could all agree on. Though I wonder if that change would be more accurately described as a mutation. One so unorthodox that there is a risk it will render the victim unrecognizable.

Many of us have had to grapple with the practical, emotional, and physical changes that death thrusts upon us; yet I am realizing that there are shifts that we often don’t consider.

The modification in status and stage.

I remember shortly after the accident I was registering at a hospital one morning and the woman at the desk asked me my marital status. It was the first time I’d publicly identified myself as a widow and the staggering array of emotions I was flooded with almost knocked me over. At this point I had already been alone for over two months, but in that moment as my lips formed that word, it was as if I was aware of its permanency for the first time.

Normally big changes have a natural gestation period. Layers of lectures and books to start a new career. A set time to go from Miss to Mrs. Many months to prepare for parenthood. Years to move from Diaper-bags to Backpacks. In the end time seems to have moved quickly; yet looking back one can still trace over a dot-to-dot line of all the in-between points that took us from then to now. I believe this is God’s intentional design to assist us as we move through the stages in life.

But with grief or trauma often many of these steps are recast or lost; and we daily face the challenges of loss while navigating a foreign trail. In some ways one is shoved forward and in other ways pushed back. Left trying to bring together all the freshly severed ends and make some semblance of a recognizable timeline.

On the surface it is going from hanging out with other “couple” friends to constantly feeling like the odd one out. Scheduling play dates around nap times to filling up any child-free hours with appointments and errands. Looking forward to quiet evenings at home with the spouse to wanting to get out of the house and break the routine.

Yet deeper still the wrestling match between so many contradictory and confusing needs play out and I find there is no mentor or peer whom I can relate to. Obviously, I am grateful that life has not formed a long line of role models for me to emulate in this scenario; but there is so much fear and embarrassment as I struggle in all this. Wondering if I am seen as emotionally unstable or in crisis. Watching relationships change and reestablishing boundaries. Worrying if I am being judged as I blunder through my new status orientation. All the time feeling like I am a mismatched set, but knowing there is not really anything I can do about it. I have become the toy where the head and the body and the legs don’t match.

Parts of my life relate to being inexperienced, single, and deciding what I want to do with my life. Other parts fit with those who are established and content, eager to finish with the task ahead. And then there is the seasoned veterans with whom I share nostalgia, being left behind, and the anticipation of closing the final chapter.

Trying to reconcile all of these parts seems improbable; giving me empathy for those who have battled grief and decided to walk away from everything and everyone that is familiar. Though I desperately don’t want that. As unsettling as this feeling is I am not eager to run from all that we know, but it leaves me speculating if I will always feel like an alien in my own home.